In a wide ranging discussion touching on many important topics, Congressman Jerrold Nadler, a respected member of House Judiciary committee, met with members of Community Board 12 as well as other community leaders on Sunday in Boro Park. The meeting took place at the offices of CB 12 and was hosted by CB 12 Chair, Yidel Perlstein.

In introducing Congressman Nadler, Rabbi Yeruchim Silber, Executive Director of the Boro Park JCC and a member of CB 12, noted that the Congressman has one of the most difficult jobs in Congress as he represents perhaps the most diverse district in the country, an area that ranges from the Upper West Side of Manhattan through Chelsea and Greenwich Village, and into Boro Park and other neighborhoods in South Brooklyn. Yet he is able to advocate for the needs of the entire district.

Congressman Nadler began his remarks by indicating how he is leading the fight in Congress against efforts to cut the social safety net that helps so many in our community. Other topics covered included expansion of the earned income tax credit, the effects of the sequester, and his leading role in protecting religious institutions in regard to land use and zoning issues. There was also a frank discussion about the role of FEMA in paying for restorations of shuls and yeshivas in the wake of Hurricane Sandy.

Both the Congressman and participants at the meeting agreed on the importance of continued dialogue as this can only serve to better the community at large. After the meeting at the Community Board, Mr. Perlstein hosted Congressman Nadler at the recently established Talmud Torah Eitz Chaim, where they toured every classroom and interacted with the student body, observing how they studied in preparation of the upcoming Pesach holiday and exchanged in friendly banter with several of the students in an impromptu civic lesson. Upon taking leave of the extended day in Boro Park Mr. Perlstein  stated  “I want thank Congressman Nadler for his effective leadership in Washington on behalf of our community and look forward to working closely with him”. 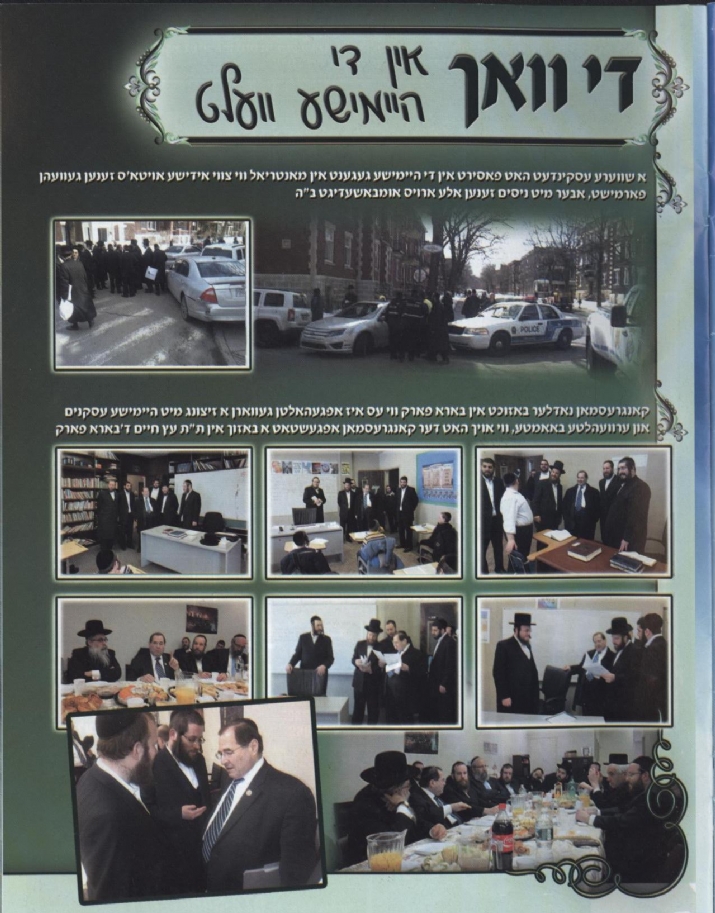