About a week ago, I was joined in Washington DC by a group of Jewish community leaders at an inspiring event. We came to pay tribute to our elected officials who supported the Iron Dome System which has helped save countless lives in Israel during the Gaza conflict this past summer. In short, we came to Capitol Hill to say thanks.

Never underestimate the significance of expressing gratitude when it is due.

Believe me, those of us who participated in this event are all very busy people. We could have easily communicated our appreciation through an email or a phone call. It would have saved us plenty of traveling time.

But I'll never forget what I once learned about the tefillah of Modim, the bracha in shmoneh esrei that expresses gratitude. As I told the members of Congress and diplomats at the gathering, "We say what is known as the silent shmoneh esrei, which is a series of blessings. Afterwards, the shaliach tzibur acts as our emissary, and he repeats the blessings and says every prayer over again by himself."

All, except one -- the Modim blessing. That prayer is repeated by him, but the rest of the Congregation says it as well. Why is that? Why is that particular prayer singled out?

I once heard a beautiful answer to this, which I shared with the members of Congress at the Tribute last week. "It's because when it comes to saying thank you, you can't send a messenger. You have to come and deliver the message yourself."

That's why leaders of the Jewish community traveled from far and wide to express our appreciation to government officials. We wanted to do it in person. We wanted to thank these distinguished members of Congress face to face for all the wonderful work they do in supporting Israel.

I think our efforts were not in vain. By all accounts, these members of Congress were moved and touched by our Tribute. Each of them spoke briefly but passionately about their commitment to the relationship between the United States and Israel.

I believe that Florida Congressman Mario Diaz Balart accurately described the feelings of his colleagues when he said, "As you are thanking us today, so do we thank you too."

It was a lesson in hakoras hatov that should not be lost on anyone. Expressing appreciation to our elected officials is not only a good deed, it's essential to the bond of friendship and solidarity between our community and the people in Washington. Every word of gratitude makes a difference.

If traveling to our nation's capitol is not an option, we can do it in our own districts as well. These gestures of goodwill are more important than we may think. And they get noticed.

As Congressman Balart put it, "Words and actions matter."

Jason Lyons was Co-Chair and Master of Ceremonies

at the Congressional Tribute to the US-Israel Security Alliance 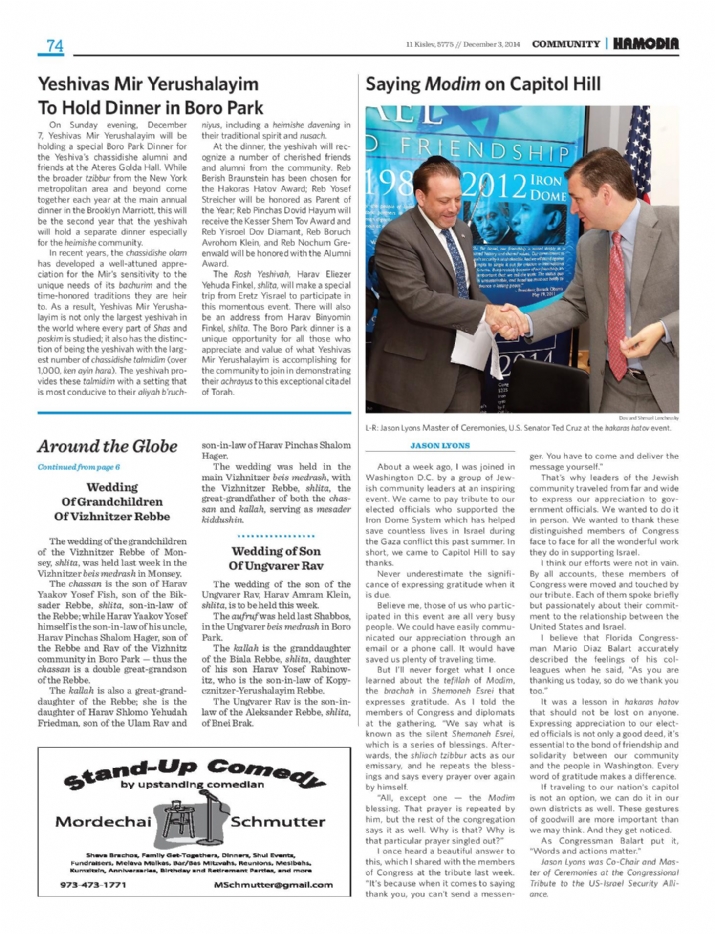 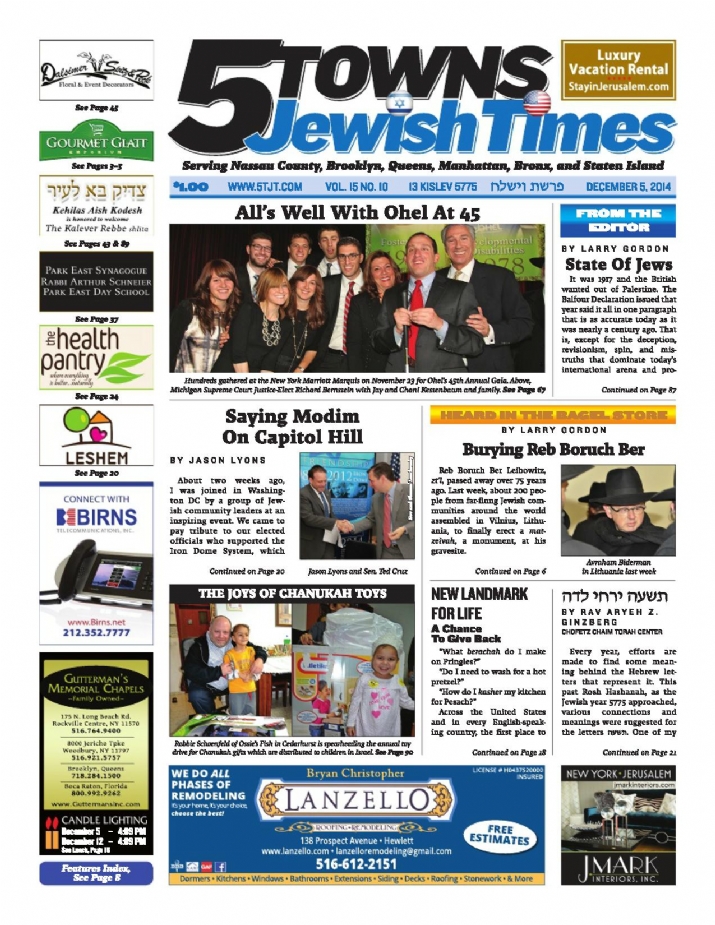 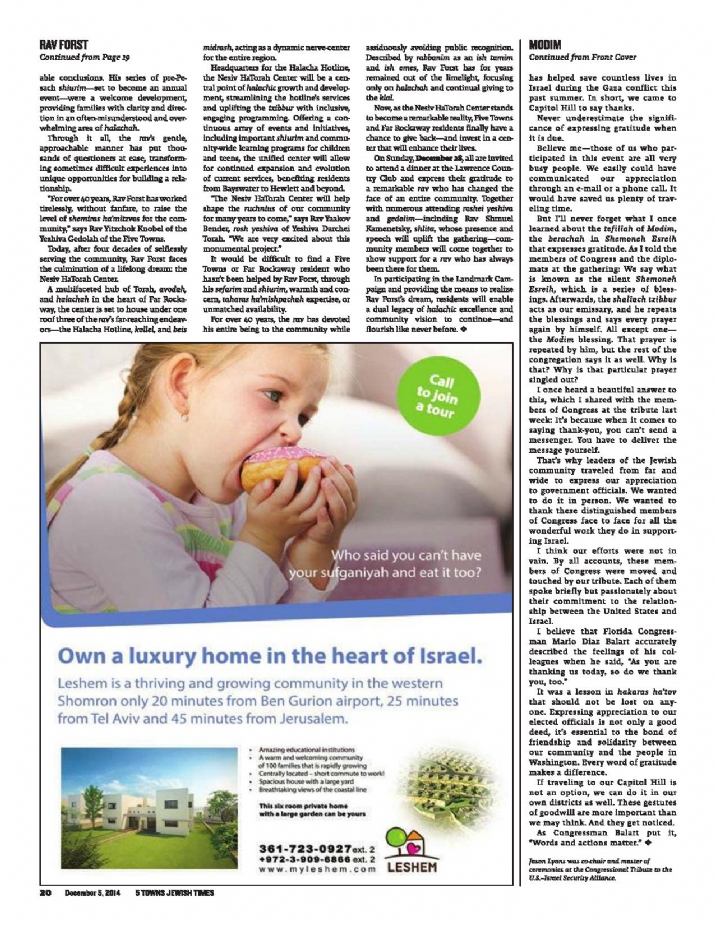