Wednesday, April 10, 2013
Coin Update reporting on the Wallenberg Medal By Michael Zielinski
Under Public Law 112-148, the Congressional Gold Medal will be awarded to Raoul Wallenberg in recognition of his achievements and heroic actions during the Holocaust. The law directs the Secretary of the Treasury to strike a gold medal with suitable emblems, devices, and inscriptions, which will be presented on behalf of the Congress to the next of kin of personal representative of Raoul Wallenberg. 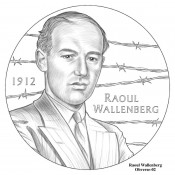 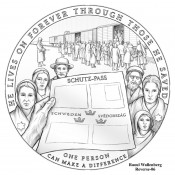 The CCAC recommended obverse design #2, which received 16 out of 24 possible points through the committee's scoring process. They did recommend that the words "Act of Congress 2012" should be added to the obverse and that a dash and question mark should be added after his birth date of 1912 to convey the unknown end of his life. They also requested that the image should be improved to more closely resemble the portrait in obverse design #7. For the reverse, the CCAC recommended design #6, which received 16 out of 24 possible points. 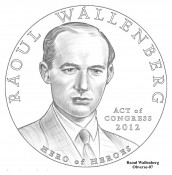 The CFA recommended obverse design #7, which was also preferred by Mr. Wallenberg's family as the best likeness. For the reverse, they recommended design #6 as the best option. They did suggest removing and lowering the document as well as removing the inscription below in order to provide additional room for the depiction of the figures behind.

The final designs will be selected by the Secretary of the Treasury, taking into consideration the recommendations of the CCAC and CFA. The authorizing legislation provides that the Secretary may also strike duplicate medals in bronze to be offered for sale to the public. The US Mint has typically offered such medals for sale following the presentation of the Congressional Gold Medal. 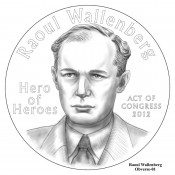 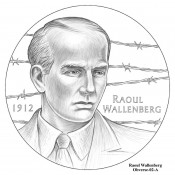 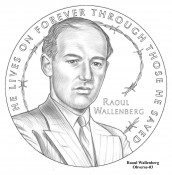 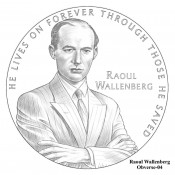 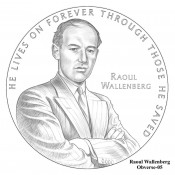 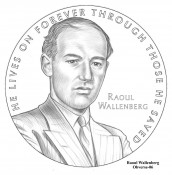 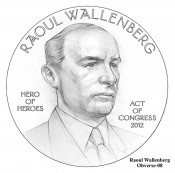 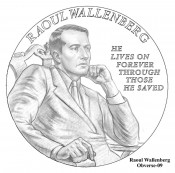 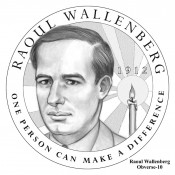 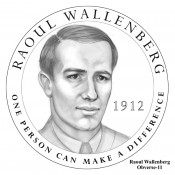 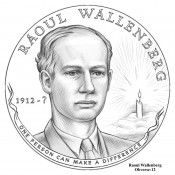 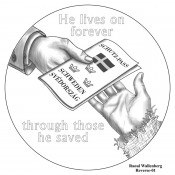 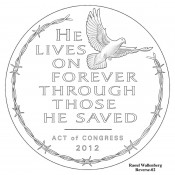 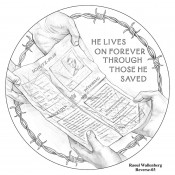 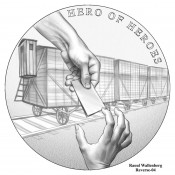 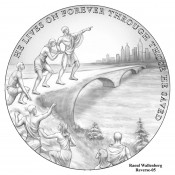