Congress Gearing up for Iron Dome Tribute By: Arielle Plonske
New York- In November of 2012, the world’s eyes were fixed on Israel. With over 1,500 rockets from Gaza bearing down on Israeli civilians, a barrage of destruction seemed imminent. However, only 55 rockets fell in urban areas because the rest had been effectively disabled by the Iron Dome anti-missile defense system. 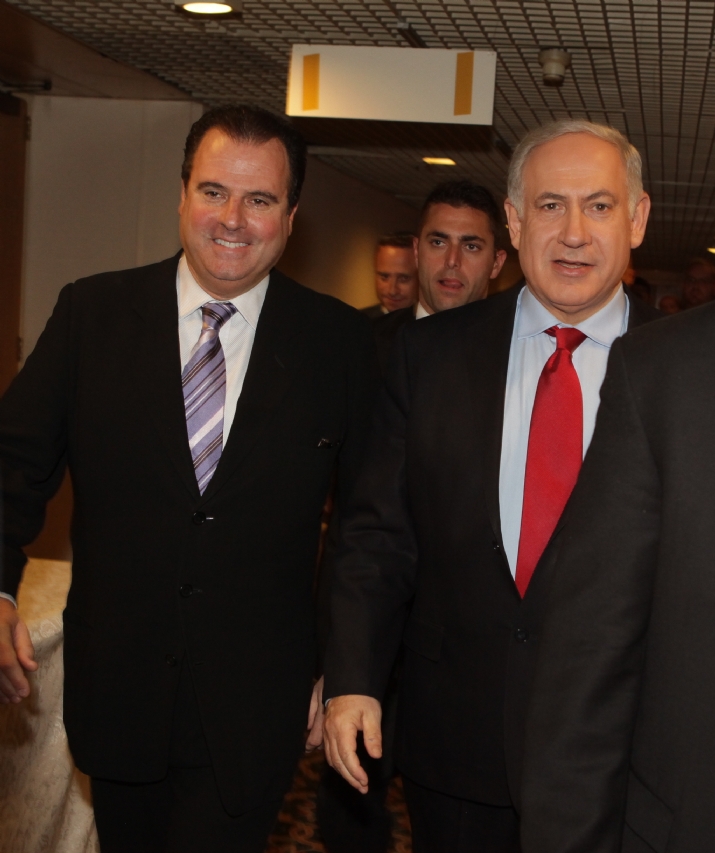 In the late 2000’s, the Iron Dome system was implemented in response to the decimating short-range missile attacks from Lebanon and the Gaza strip. The missile attacks put Israeli citizens in harm’s way and caused many civilian deaths and large-scale evacuations during the Second Lebanon War. When missiles were smuggled into Gaza, the problem escalated and became a massive security threat, as a million Israeli civilians live in range of these missiles. In 2007, many defense ideas were proposed but the Israeli Defense Ministry selected the Iron Dome concept, and since then hundreds of millions of dollars have been used to further develop this critical system.

During the recent Israel-Gaza conflict, the Iron Dome had unprecedented success and was responsible for saving the lives of numerous innocent men, women and children residing in Southern Israel. Although not responsible for the initial development, without the unwavering support of the Obama administration and the U.S. Congress, this monumental victory would not have been achieved. Since taking office in 2009, the Obama administration strongly advocated and supported the Iron Dome project and collaboratively worked with Congress to ensure proper funding was allocated to the development of this system, despite some objection in the defense bureaucracy. In 2011, Congress approved 205 million dollars in funding for the Iron Dome and later added another 70 million dollars. President Obama said, “This (Iron Dome) is a program that has been critical in terms of providing safety and security for Israeli families.” The President clearly recognized the significance of the Iron Dome system, and over the past several years many American leaders have echoed his sentiments.

The Iron Dome Tribute event coordinated by The Friedlander Group, under the leadership of its CEO, Ezra Friedlander, will take place in the US Senate on February 27, promises to be truly unifying for the Jewish community. It is a unique opportunity for Jewish leaders to gather with members of Congress and celebrate a shared triumph. The Iron Dome is a manifestation of the strong U.S.-Israel alliance and is something that those in the pro-Israel community view as a true success.

“I believe that holding the event in Congress is a true expression of gratitude on behalf of the American Jewish community and those who value human life. The way I see it, the Iron Dome System primarily accomplished two significant things: It played a major role in the Israeli government’s decision against a full-scale ground invasion of Gaza, and it saved the lives of countless civilians by protecting them against a barrage of deadly rockets fired at their neighborhoods and their homes” said Robert Rechnitz, Chairman of the Iron Dome Tribute.

Prominent Democratic and Republican members of Congress will unite, along with leaders in the Jewish community and Ambassador of Israel to the United States Michael Oren, to pay tribute to the success of the Iron Dome anti-missile defense system and celebrate the enduring relationship between the United States and the State of Israel.

“We will also be honoring the memory of the late Senator Daniel Inouye of Hawaii, who earned iconic status for his steadfast support of Israel and the needs of the Jewish people. Senator Inouye was an extraordinary American patriot and hero who deeply understood the importance of the US-Israel relationship. As chairman of the Senate Appropriations Committee, Senator Inouye ensured that America’s staunch ally, Israel, had the necessary resources to defend its people,” continued Mr. Rechnitz, who announced that prominent leader in the pro-Israel community, Phil Rosen partner at Weil, Gotshal & Manges will act as MC and he also thanked co-chairman Lee Samson of Beverly Hills, Jona Rechnitz of NYC, Paul Raps, and Stanley Treitel for their leadership.