Jewish leaders and supporters will gather together with prominent members of Congress at the annual Jewish American Heritage Month Congressional Celebration on Capitol Hill.The event will mark the outstanding contributions that Jews have made to American culture in various forums including the arts, science, medicine, sports, government, business and military service.It will also pay tribute to three distinguished individuals whose own contributions have greatly enriched American life.

Each May, the United States Congress recognizes and celebrates the Jewish experience in America.Despite centuries of oppression and persecution, the Jewish people have risen above their circumstances and brought tremendous benefits to society.The Congressional Celebration, which will be held on Wednesday, May 11th on Capitol Hill, will be attended by a bi-partisan group of members of Congress, who will be recognizing the profound impact of the Jewish people on American society.

The highlight of the event will be the King David Awards ceremony, which is presented to select individuals who have made an exceptional impact.These individuals embody the very success of the American Jewish experience, and are committed to Jewish heritage and American values.This year, the Jewish American Heritage Commission is proud to honor Dr. Corey S. Goodman, Scott Wolstein, and Marc Goldman with the King David Awards.All three are leaders in their chosen fields who are making dramatic and significant contributions.They follow in the footsteps of the many other distinguished Jewish Americans who have been receiving this award since 1994.

A scientist, an educator, and an entrepreneur, Dr. Corey S. Goodman spent many years as a Professor of Biology and then a Chair of Neurobiology.He is currently Adjunct Professor of Neuroscience at U.C. Berkeley.Dr. Goodman has co-founded seven biotechnology companies and was recruited to be President and founder of Pfizer’s Biotherapeutics and Bioinnovation Center.He is actively involved in public policy, and serves as Chair of the California Council on Science and Technology where he advises the Governor and State Legislature of California.

Scott Wolstein serves as CEO of Starwood Retail Partners.He previously served as Chairman and CEO of developers Diversified Realty, a company that grew into the world’s largest landlord of power centers and community centers.Wolstein was named CEO of the Year four times by the Realty Stock Review and has received Awards of Excellence from the Leukemia and Lymphoma Society, the Scroll of Jerusalem Award, and the State of Israel Bonds, among many others.

As President of New Jersey’s Farmland Dairies, Marc Goldman successfully challenged the State of New York by winning a federal constitutional commerce clause case which resulted in open competition in the New York market, saving consumers hundreds of millions of dollars.After selling the company, Marc serves on the advisory board of the Aish HaTorah and is a Board member of the Republican Jewish Coalition.He is actively involved in public policy issues, and was appointed to the US Holocaust Museum Council by President Bush.Marc was also the recipient of the First Annual Crains New York Business All Stars.

Presidents past and present have marked the start of the Jewish American Heritage Month with Presidential Proclamations.In 1981, President Ronald Reagan wrote that “American Jews have contributed significantly to the spiritual and cultural elevation of our society since the founding of our nation.”President William Clinton added that “The Jewish community’s rich culture and heritage pervade all aspects of American society.”

In a recent Proclamation, President Barack Obama notes that “The Jewish American experience and our Nation as a whole have always been held together by the forces of hope and resilience.During Jewish American Heritage Month, as we reflect on our past and look toward the future, let us carry forward our mutual legacy, grounded in our interconnected roots, and affirm that it is from the extraordinary richness of our bond that we draw strength.”

The Congressional Celebration will be held on May 11th from noon until two PM at the CannonCaucus Room which is located in the Cannon House Office Building on Capitol Hill in Washington DC.Matt Sweetwood will serve as MC.Members of Congress will participate in the event as will a distinguished array of Jewish leaders.

The story of Jewish America is the story of success, achievement, and pride. The upcoming Congressional Celebration will pay tribute to this outstanding legacy and recognize the many diverse ways that it continues to enrich, improve, and strengthen society at large. 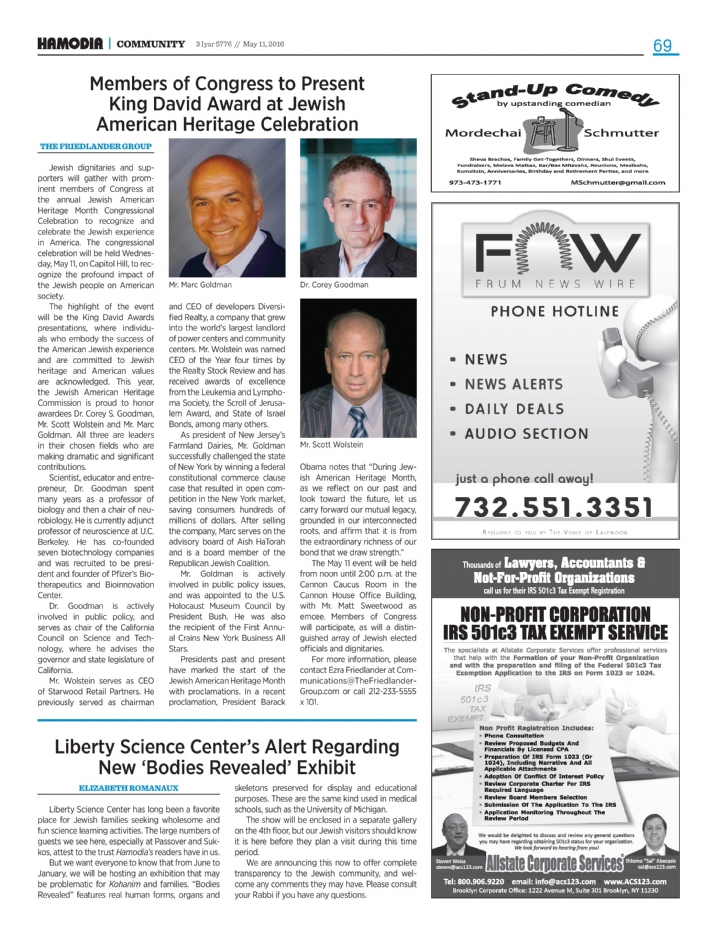 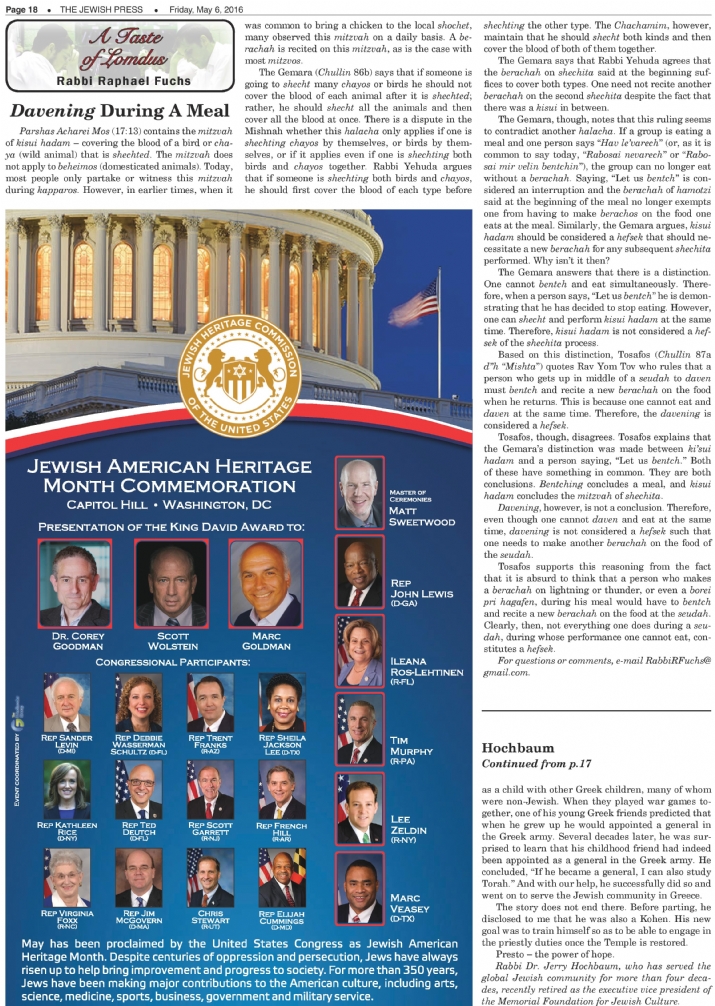 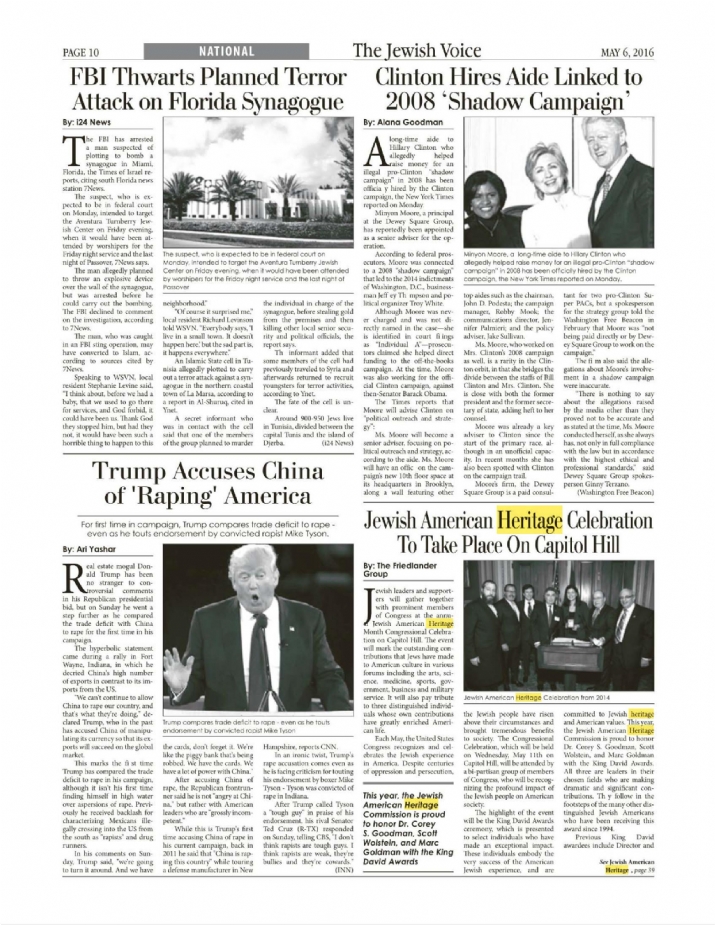 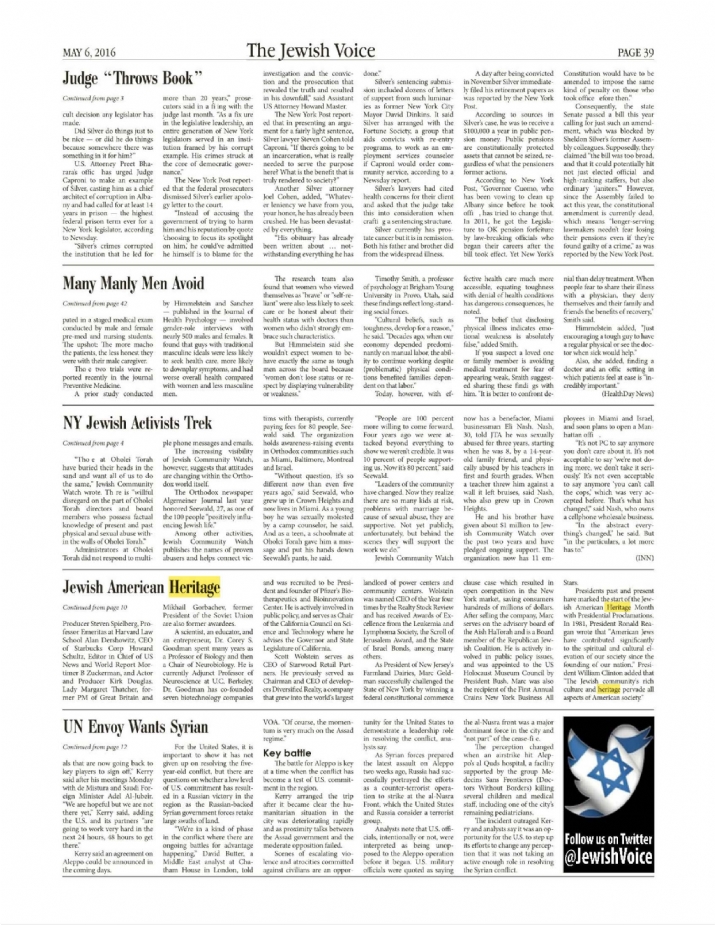 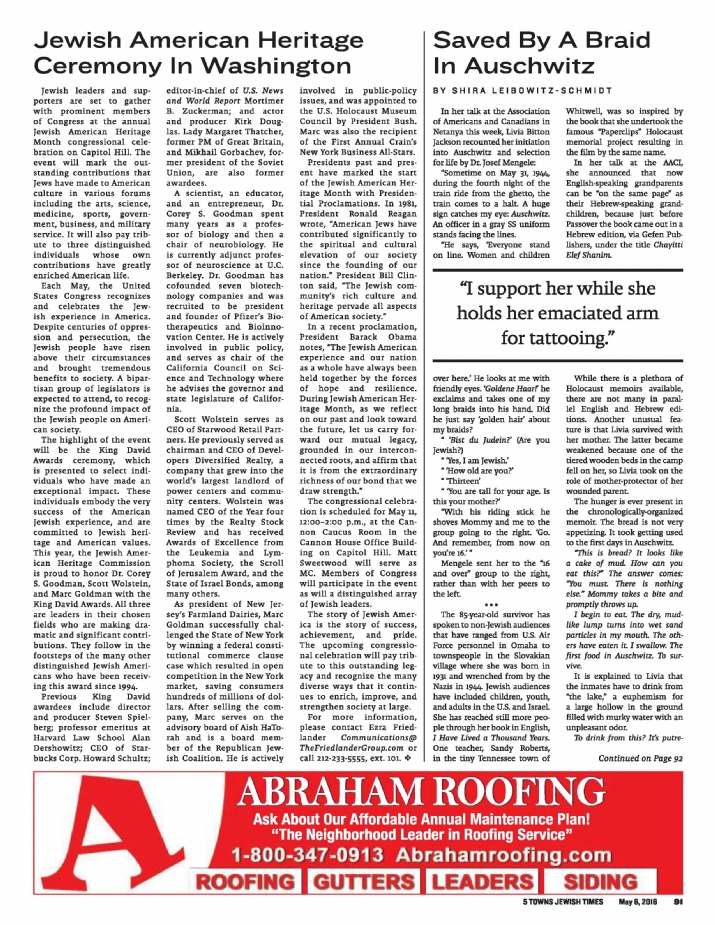