When freshman Congressman Brad Schneider (D-IL) took office in January, he said, “the first thing I did was put a mezuzah on my door. It wasn’t a question. It’s who I am.”

Rep. Schneider joined several Jewish elected representatives who proudly displayed their colors at a luncheon marking Jewish American Heritage Month. Rep. Brian Schatz of Hawaii stated that for him, being Jewish means “fighting for what is right, not what is easy.” Former comedian-turned-senator Al Franken (D-MN) mentioned that his Holocaust-generation parents taught him how to laugh “and to remember.”

It was Jewish congresswoman Debbie Wasserman Schultz (D-FL) who introduced a resolution in 2006 declaring May as Jewish American Heritage Month. This year’s celebration was coordinated by the Friedlander Group, a New York- and Washington-based public policy consulting firm, chaired by Greg Rosenbaum of the Jewish Heritage Month Foundation, and hosted by Rabbi Joseph Potasnik.

A smattering of elected officials, Jews and non-Jews, from both sides of the aisle, converged in the Lyndon Baines Johnson Room. “This was Johnson’s office when he served as the senate majority leader,” says Ezra Friedlander, president of the Friedlander Group.

Honorees were chosen for their contributions to Jewish heritage or for having achieved a milestone. The Safra Synagogue, established by the Safra family as a spiritual home for Sephardic Jewry on Manhattan’s East Side was commemorating its 10th anniversary. Its spiritual leader, Rabbi Elie Abadie, and ten founding couples attended. Simcha Eichenstein was honored for his contribution to government, and Harvey and Gloria Kaylie were honored for their contribution to Ohel and Camp Kaylie, a camp for children of all abilities.

Daniel Kestenbaum of the boutique auction house Kestenbaum & Company was honored for preserving and publicizing Jewish art and culture. “Since most of us aren’t going out and making connections in states where there aren’t any Jews, we can nevertheless make a good impression on their elected officials,” Kestenbaum told Mishpacha.

Some non-Jewish elected officials used the occasion to connect with a Jewish audience. Senator Jeanne Shaheen (D-NH), who is married to a Lebanese-American attorney, noted Israel’s importance as an American ally. Rep. Joseph Kennedy III (D-MA) thanked the Jewish community for its contributions.

“It was nice for me to hear Senator Bob Casey [D-PA] speak about his long friendship with my father, and how you can be successful without compromising your faith,” said Harry Rothenberg of the Allen Rothenberg Law Firm LLP, honored for contributions to the legal system. “When we davened Minchah there, it drove home the debt of gratitude we feel to the US for the religious freedoms it established from the outset.” 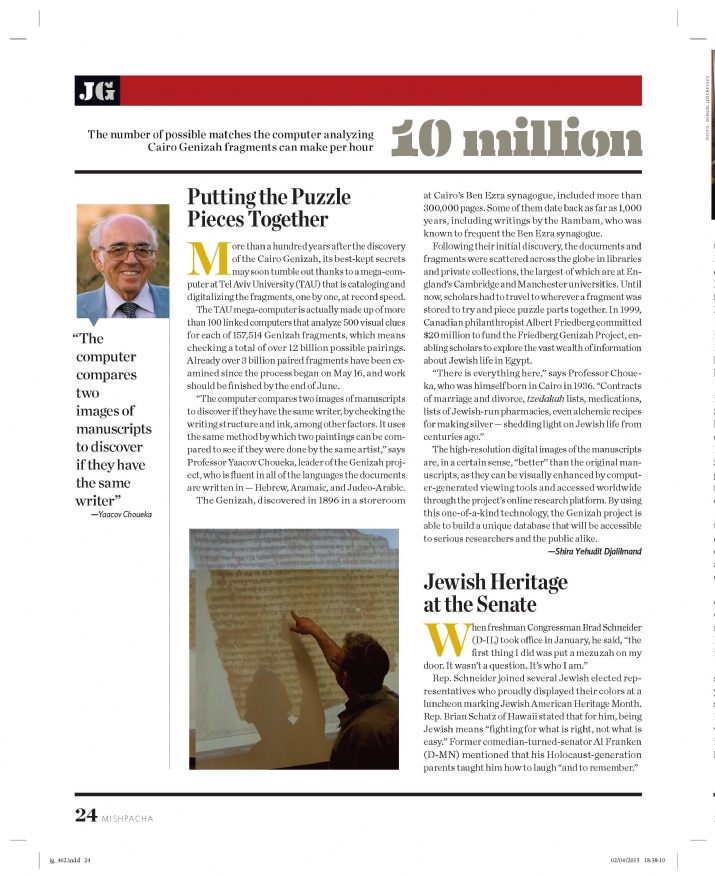 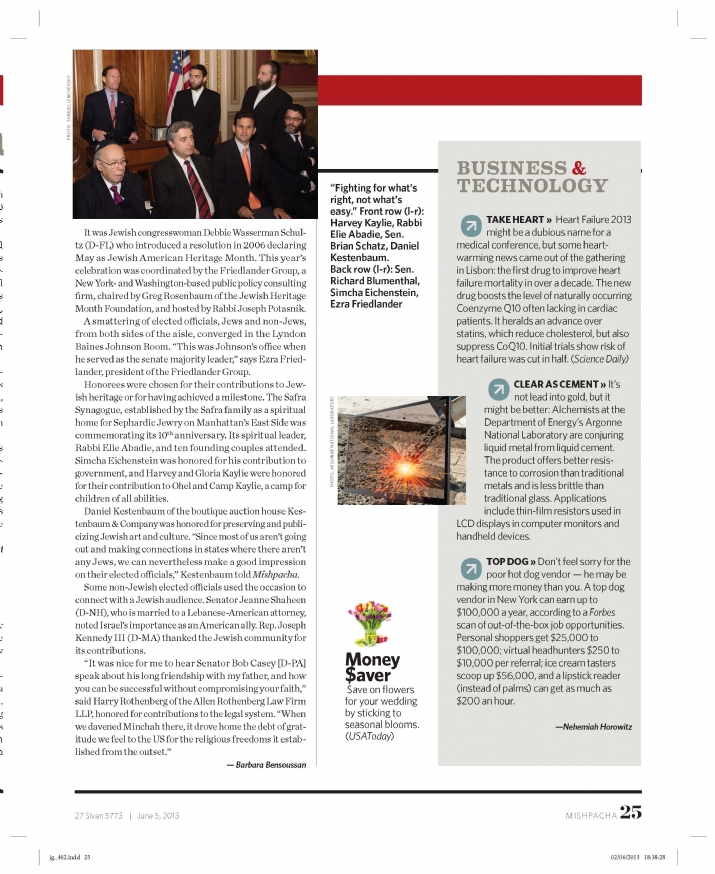