As the final plans for the actual ceremony that will bestow the Congressional Gold Medal honoring Raoul Wallenberg gets underway, a meeting between the United States Treasurer Rosie Rios and Ezra Friedlander, CEO of The Friedlander Group who spearheaded the Raoul Wallenberg Centennial Celebration Commission took place at the US Treasury where Mr. Friedlander was given a commemorative replica of the Gold Medal design. The US Treasury is responsible of designing and minting the Congressional Gold Medal subsequent to the Congress passing legislation.

As Treasurer Rios emphasized this was the first time in history that both Secretary of the Treasury (Jacob Lew) and a Treasurer have signed an actual document "coin related" that "left the "Treasury" and that underscores the high esteem in which the Wallenberg Gold Medal is held. The signature of the Treasurer can be found on all US currency in conjunction to the Secretary of Treasury.

Rosie Rios serves as the 43rd Treasurer of the United States. She has direct oversight over the U.S. Mint, the Bureau of Engraving and Printing and FortKnox and is a key liaison with the Federal Reserve. In addition, the Treasurer serves as a senior advisor to the Secretary in the areas of community development and public engagement.

Mr. Friedlander also pointed out to Ms. Rios the significance of the US Mint under the jurisdiction of the US Treasury is very poignant as the War Refugee Board which facilitated Wallenberg's mission to Budapest where he saved 100,000 lives during the waning days of World War II came about as a result of public pressure primarily from the Bergson Group. The War Refuge Board was largely financed by the American Joint Distribution Committee (JDC). Historians credit several Treasury officials who were appalled at the lack of a US response to the atrocities of the Holocaust that pressured the Roosevelt State Department and President Roosevelt himself for an official rescue operation. US Treasury Secretary Henry Morgenthau appealed directly to President Roosevelt which ultimately led to the creation of the War Refugee Board.

" On behalf of Wallenberg Commission Chairman Peter Rebenwurzel, I wish to express my gratitude to Treasurer Rios for warmly welcoming me to her office and bestowing upon me this truly meaningful and historic commemorative Wallenberg Gold Medal design that will remind all those who see it of the heroism of Raoul Wallenberg" stated Mr. Friedlander. 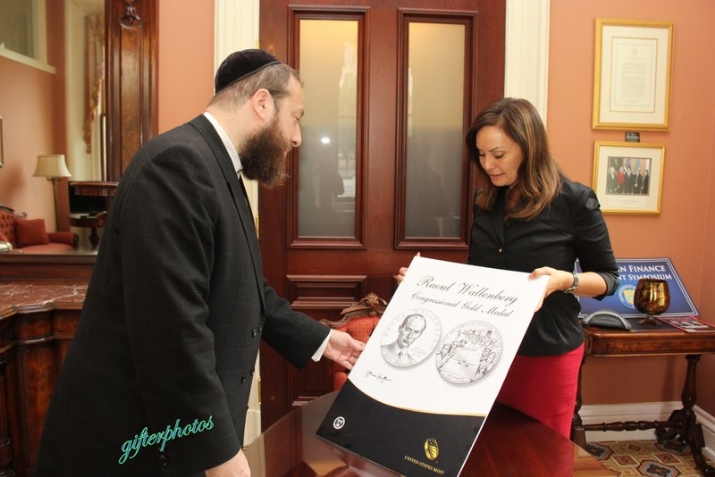 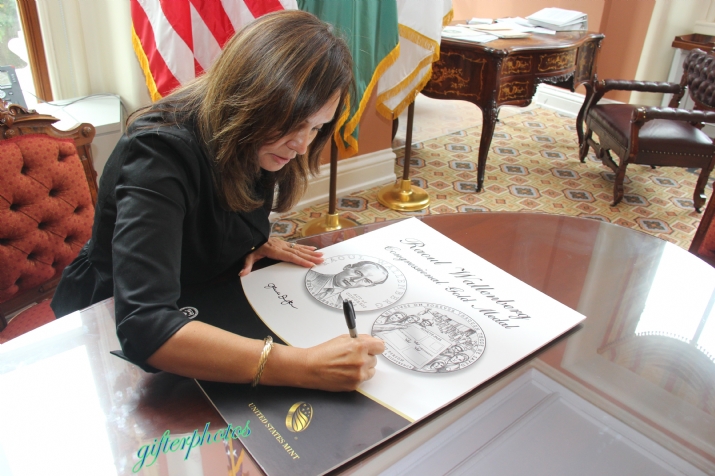 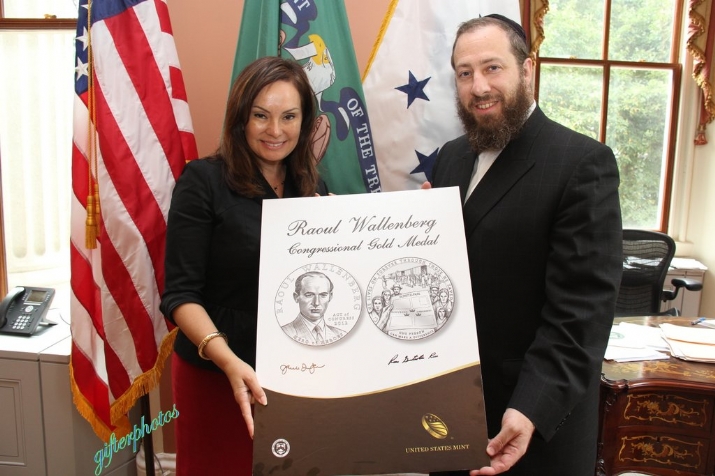 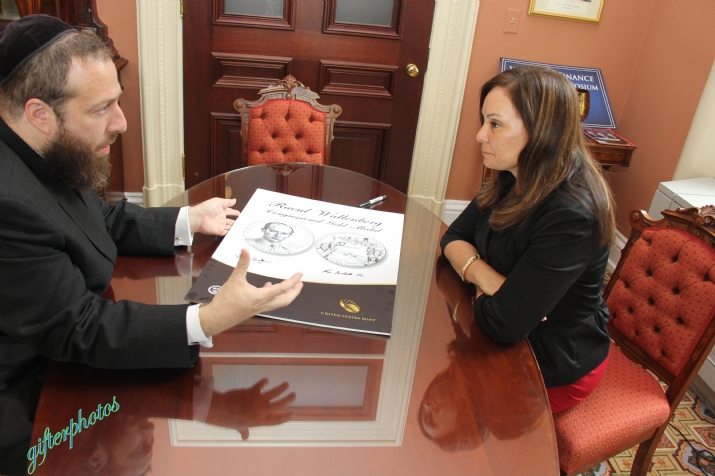