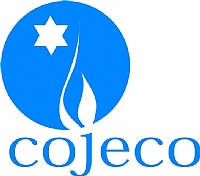 Since the 1970’s, waves of immigrants from the Former Soviet Union have been contributing to the vibrant Russian-Jewish community of New York. To better focus the communities’ full potential, COJECO, located in New York City and a beneficiary of UJA, was formed in 2001 to serve as the umbrella organization to synergize Russian-Jewish grass-roots organizations that provide vital services and programs to the community.

COJECO represents over half a million Russian-speaking Jews whose interests and concerns are their priority. COJECO eases the integration of the Russian-speaking Jews into American life by assisting member organizations in providing access to resources, grant applications for community development and fosters partnerships with external agencies. COJECO also cares for those in need and strengthens Jewish identity through projects such as Jewish youth centers, community leadership training, Jewish education and missions to Israel.