Agudath Israel of America is a national Orthodox Jewish Organization that services the community with a multi-faceted array of charitable, educational and social service projects.

Through its national Office of Government Affairs, its full-time Washington Office, and its regional chapters throughout the nation, Agudath Israel frequently takes advocacy positions before federal, state, and local governmental bodies. In so doing, Agudath Israel seeks to protect the rights and advice the interests of observant Jews and their growing network of educational and religious institutions; to promote the wellbeing of Israel and Jews across the globe; and to offer a uniquely Orthodox Jewish perspective on contemporary issues of public concern.

Purposely scheduled to dovetail with Election Day, this timely event presents a unique and valuable opportunity for Agudath Israel's lay leadership to meet and engage elected officials in dialogue about issues of relevance to their communities. In attendance at the event will be prominent communal, civic, religious and governmental leaders with an interest in public policy, and a proven track record of involvement and accomplishment.

Breakfast Chairman will be Tevi D. Troy who is the president of the American Health Policy Institute. He is also the author of the Washington Post best-seller "What Jefferson Read, Ike Watched, and Obama Tweeted: 200 Years of Popular Culture in the White House." Mr. Troy served as former Deputy Secretary of Health and Human Services, and as a senior White House aide in the George W. Bush administration. Peter Rebenwurzel and Joseph B. Stamm will be additional Co-Chairs. Mr. Rebenwurzel is a prominent businessman, philanthropist and community leader, and Mr. Stamm is the CEO and President, NYCHSRO/MedReview, a company that provides healthcare audits. The company has saved its clients over $1 billion since it was founded over 40 years ago and now operates in 25 states.

The event is being sponsored by Jeffrey Weisenfeld, Principal at Alliance Bernstein Global Wealth Management, and is being coordinated by The Friedlander Group and its CEO, Ezra Friedlander.

The significance of the Legislative Breakfast is summed up by Rabbi David Zwiebel, Executive Vice President of Agudath Israel: "Our annual Election Day Legislative Breakfast gathering serves as an impressive demonstration of the high level of involvement of the Orthodox community and creates a timely and vital reminder that the Orthodox Jewish community cares deeply about where our government leaders stand on the issues of the day." 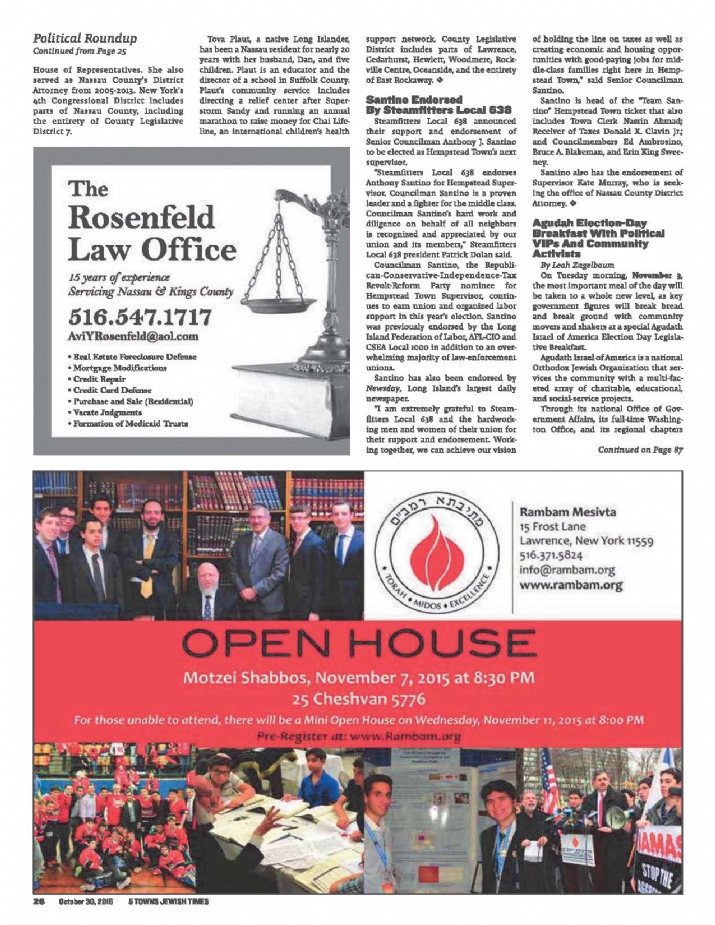 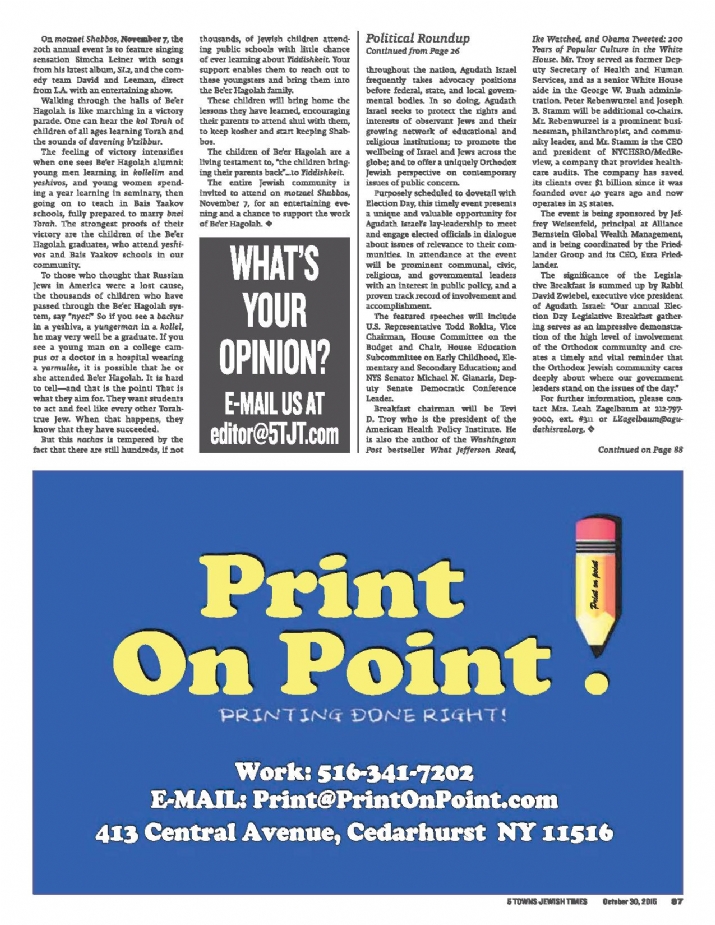 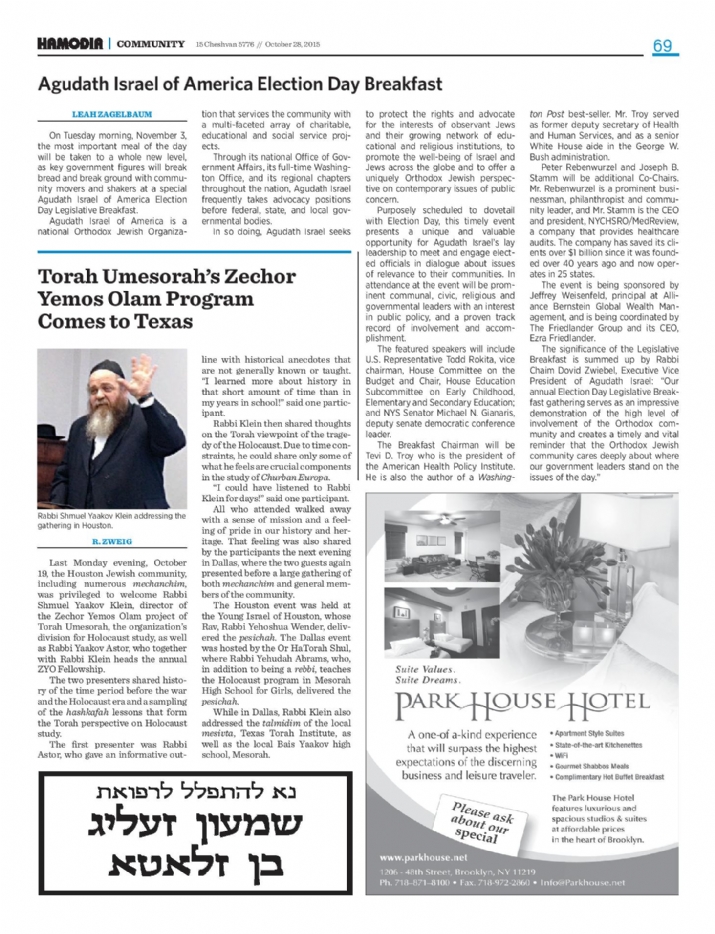