Influential Jewish activists gathered on Capitol Hill on the opening day of the 115th Congress in Washington DC, where Congressional Members and members of Senate were sworn in. Among these leaders were Leon Goldenberg, Agudath Israel Trustee and Chairman of Shalom Torah Academy of NJ, Chaskel Bennett, Agudath Israel of America  trustee as well, and Ezra Friedlander, CEO of The Friedlander Group.
"Today is an important day to be on the Hill," remarked Chaskel Bennett, "the moment  freshmen members  realize their dreams of becoming a Congress member and re-elected veterans get sworn back in. It is a day all members  remember hence the importance of being present."
Regarding the mood on Capitol Hill, in the face of a divided nation, Leon Goldenberg describes: "It depends on which side of the aisle you're on. The Republicans are really in a phenomenal mood, but they are talking about working with the other side. Democrats recognize the political landscape and are determined to make their voices heard."
Ezra Friedlander poignantly added: "We are in Washington today because it is very important that the community introduces itself - the political professionals, the communal leaders, to both Democrats and Republicans. We're very heartened because you feel there is a sense of appreciation for the role of the community. We've been meeting with Senators and Congressional members from across the aisle. We are trying to reinforce a positive message."
Friedlander went on to describe how he had met with Senator Kamala Harris (D-CA), reaffirming the importance of introducing new members of Congress to the community, "Kamala Harris, a new senator for California, has not met with many Jewish groups. I felt this was an important opportunity to introduce yourself. That in and of itself is not going to carry the day but it is an important step. A journey of a thousand miles begins with one step. I felt it was important our presence be felt."
The seasoned veterans had the opportunity to meet many members of Congress, celebrating the day with returning members and warmly welcoming new ones. The job of an activist said Bennett is to "constantly create  and nurture relationships with Congressional members and their staff,  to advocate and advance the agenda and the interests of the Orthodox  Jewish community. With so much happening in the world it is vital for our community to have those relationships in Washington." 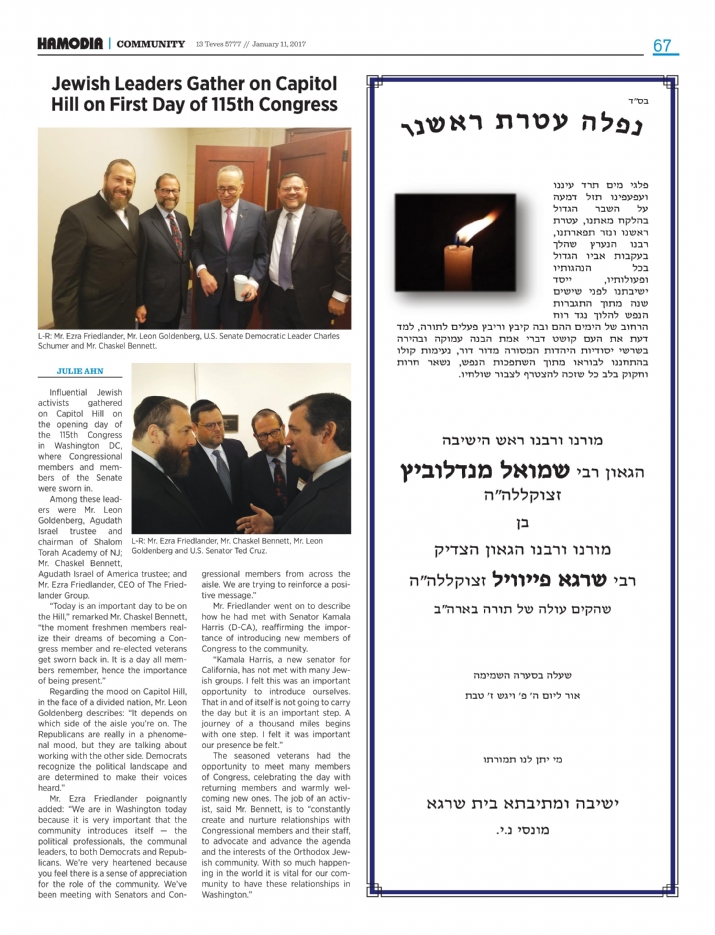 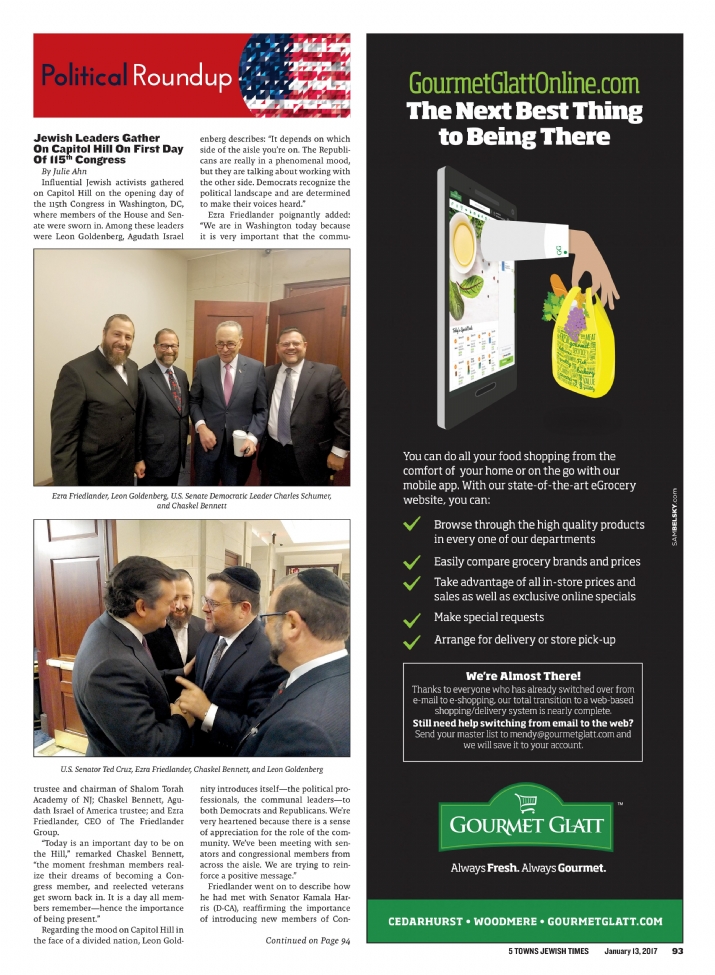 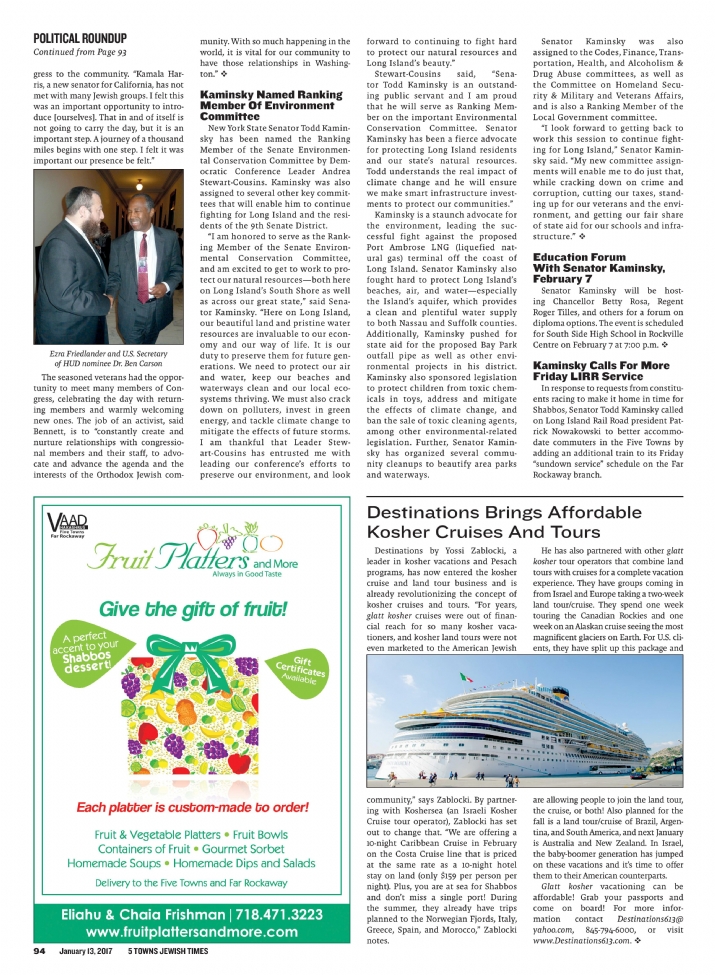 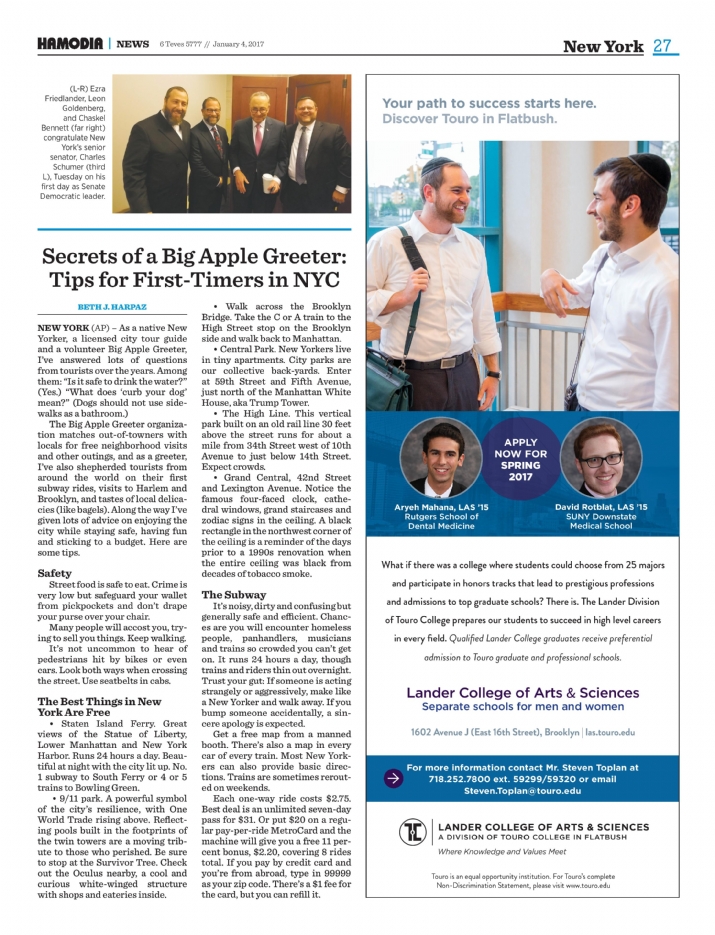